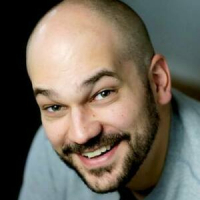 I saw this making rounds over the weekend and was certainly surprised to see something like this in a posthumous film with such a well-known subject.

In short, the creator behind the upcoming Anthony Bourdain documentary (which, for what it's worth, I cannot wait to see. I was a big fan!) used clips, and outtakes from Bourdain's many projects to create a sort of narration track throughout the film.

This is all normal, pretty creative, and a great use of the hours of film and content available. However, this is where it gets tricky. The creator ALSO had a few lines that were needed that aren't recorded anywhere, so he used digital software to create a digital recreation of Bourdain's voice to make him say things he had never actually spoken.

Quote from the piece:

“If you watch the film, other than that line you mentioned, you probably don’t know what the other lines are that were spoken by the AI, and you’re not going to know,” Neville told The New Yorker. “We can have a documentary-ethics panel about it later.”

Pure filmmaking ethics aside , what are your feelings about AI technology being able to recreate a voice like this?